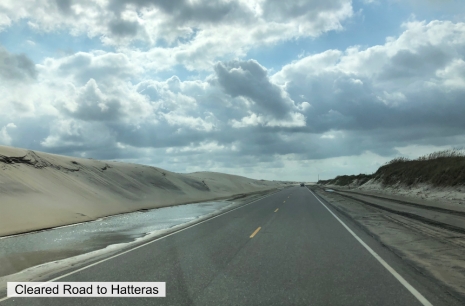 I was heading for North Carolina’s outer banks when a hurricane forced me to turn around and flee in the opposite direction. Now I’m going back.

Forty years ago, emerging from college with a “valuable” fine arts degree, I got a job at a small art gallery in Nags Head. It didn’t pay much, but gave me a roof over my head and was right on the beach. I grew up in suburbia and after watching what a career meant to the lives of those who chose to live there, that was the last thing I wanted. My influences were Mark Twain and Jack Kerouac. I wanted to live a more adventurous life.

Nags Head, like many beach towns, was a lively place in the summer, but a much simpler place. There was only one movie theater and that movie theater only had one screen. That year Star Wars came out and they played it all summer. I saw that movie a lot. There was a wild dance club with live music and always plenty of parties.

Next door to the gallery was a rooming house called Snug Harbor. It was snug as they stacked as many people into that place as they could. When the bathrooms got too messy the manager would put out crab medicine. (One year we all had to have gamma gobulin shots, but I digress.) The young people there came from all over to have fun and we did.

Now, on my way to Cape Hatteras, I went back. I tried to go back. I drove back and forth and back again, but couldn’t find any trace. It is all gigoondous (my word) houses lined up in rows. These giant houses that no one lives in. The seven sisters dunes where I used to run with the dog is now an indoor shopping mall. An indoor shopping mall at the beach? Really? 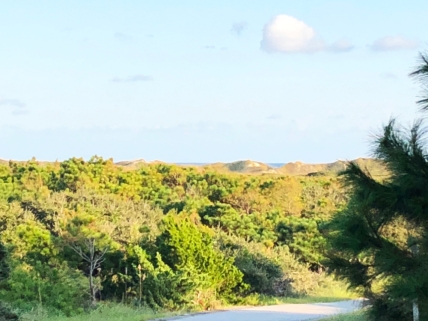 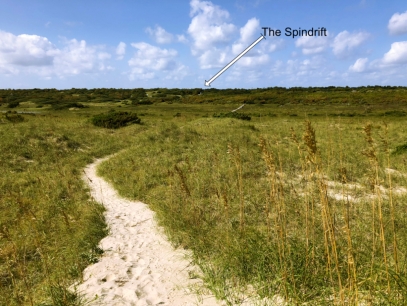 So I head for the national seashore where nature is preserved. Here I am living in my van. I can see the sea from my campsite and can see the Spindrift from the top of the dune as I climb back from the beach. The water was perfect with lots of sets of waves, some for the surfers and some for the little kids. The water is clear and you can see the fish swim across as the waves crest. I body-surfed all day. How lucky I am!

The hurricane damage was severe inland and the roads are only now drying out from all the flooding. The ferry to Ocracoke isn’t running and it could be a very long time before they repair the road, so I may not be able to go back there. 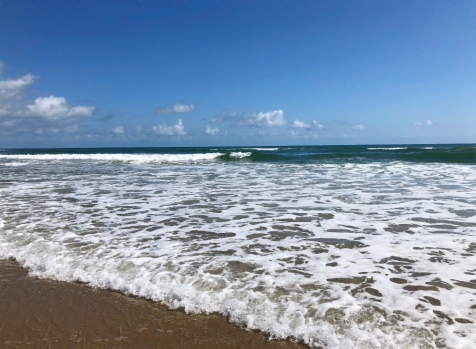 It was in Ocracoke that I first heard about the nomadic life. It was 1961. Family camping. Tents were made of heavy canvas and we arrived in the station wagon and set up. Nearby was an older couple who were full-timing. In a tent – those giant Class A “campers” were not a thing. They had their Social Security checks mailed to different post offices and had friends to celebrate holidays in different campgrounds. I was just a little kid, but I thought it was such a great idea. And it is!

Even if I can’t go back, I can go forward. Spindrift’n’ on.